You would think it was a dance by the way his feet sprung instinctively against the floor as the ropes vibrated surrounding him. As beads of sweat fell down the curve of his jaw, he threw a punch — pop.
Brandyn Lynch, 25, graduated from NAU in 2013 with a B.A. in public relations and advertising.
After growing up around the sport, Lynch has officially started a promising career as a professional boxer in Los Angeles, Calif.
​Instead of Super Bowl parties, his family gathered around watching fights. For him, it was just as normal as any other sport but more exciting. It was as if the family tradition was calling him to the ring.
Lynch decided to box shortly after college. Some would call it a late start for a boxer, but Lynch chose his path and was determined to see it through.

Brandyn Lynch is sharp, powerful and can move. If he continues fighting he will be a world champion.” - Three-weight World Champion "Sugar" Shane Mosley

“I’ll say it’s difficult. We butt heads a lot … it’s a pride kind of thing sometimes,” Lynch said. “It’s a little bit difficult, but honestly my dad knows me at times better than I know myself. He knows my limits, because he’s seen me at the very beginning and he’s seen me where I am now and everything in between, so he knows exactly what I can and can’t do and he knows how hard to push me.”
It goes back to how involved the family is in the sport. Boxing is important to Lynch and has taught him many valuable skills.
“Patience being one of [those skills] and discipline,” Lynch said. “It can be discipline, from what I have to eat for my diet, to waking up in the morning to run when I don’t want to.”
For Lynch, boxing is more like chess than the wild body-beating sport it is made out to be.
“I can honestly say some of the nicest individuals I have ever met in my life have been fighters,” Lynch said. “Boxers are not all dumb. We’re not all brutes.”
Boxing has garnered an unfavorable reputation because of fighters like Mike Tyson who are notorious for their brutality outside of the ring. Contrary to popular belief, though, boxing is more than fighting. There is a thoughtful science to how these athletes move.
As a down-to-earth person and a level-headed athlete, Lynch is one of those boxers who really uses his intelligence in addition to his talent to overcome and skillfully dance around his opponents. Even with his natural abilities, Lynch works as hard as he can to be the best. 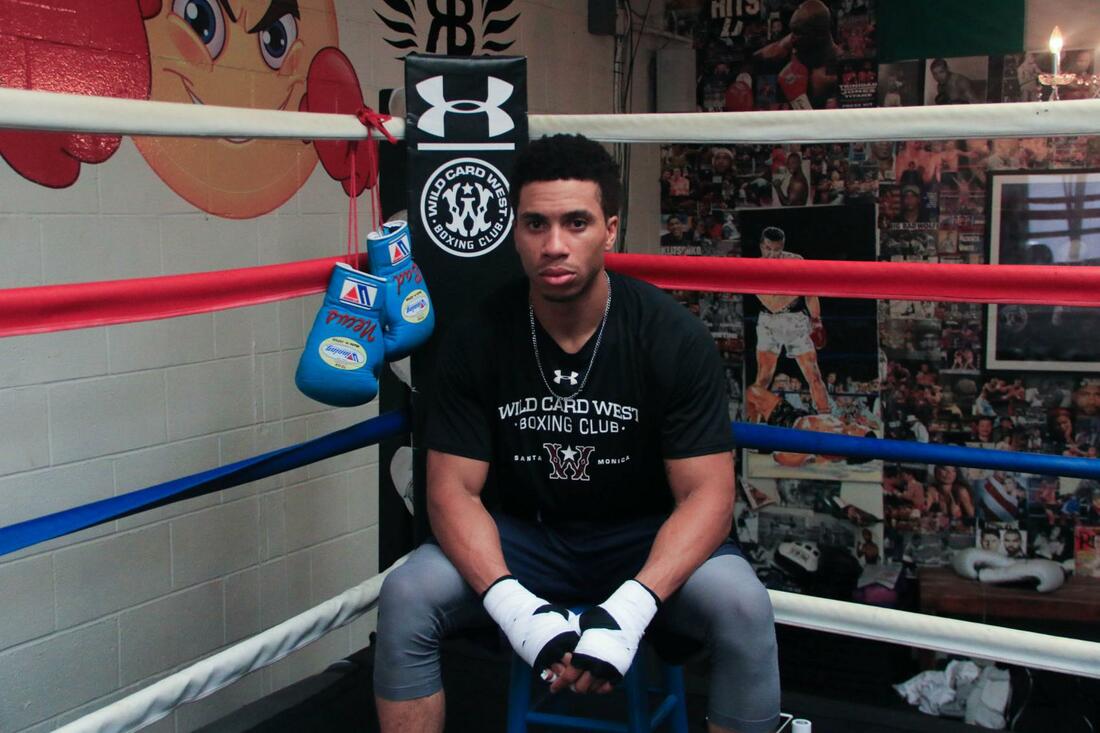 Brandyn "Bad News" Lynch takes a break from training.
“Hard work beats talent when talent doesn’t work hard,” Lynch said, a quote he takes to heart.
Lynch leaned against the ropes after his workout, drenched in sweat — he looked up and smiled. He was not always a boxer, but he will always be a fighter.